In honor of National Poetry Day October, 8, 2015 we are featuring a famous poet from the past, published by Schocken Books, Inc.

THE STORY OF YOU

You are one of the many chapters in a book.

You are hidden words that some can’t understand;

vague as a gray wall.

You are a mathematical equation that only fools try to solve.

You are the worth

You are deeper word by word, like the depth of the blue, salty sea.

You have ups and downs,

You contain dilemmas and doubts, problems and consequences.

You possess tragedy and catastrophe,

You are amazing to those who look closely to find you.

ELEGY FOR HER BROTHER SAKHR

​​Cry out for Sakhr when a dove with necklaces

mourns gray in the valley.

swords are the color of smooth salt

and bows groan and wail,

and bending spears are wet.

of Bisha, he battles for friends

whom he defends whether of the village

or wanderers on the desert.

When the wind howled his people were happy

as a wind of dust blew under a freezing cloud.

​We ignored the price tag on love

because we knew it was out of our means.

We barely had enough budgets for

the slamming doors, the silent nights.

Who can afford this commitment

or fundraise energy for this mission?

Gentleness alone costs all we have.

Selflessness is not a bid item on EBay.

There are no credit cards to borrow kindness;

Our parents can’t lend us respect;

infatuation cost them everything too.

we have stock market syndrome.

The brawl for tact paid for the smile,

the dance, the calm breakfast.

The fee for faithfulness still is our largest concern.

We always argue who pays more for that bill.

We can’t file taxes on romance;

There’d be no large return anyway.

We can’t get an advance on forgiveness.

Every tear dripped loose is the change in the cushions.

We pay for these kisses

with every I’m sorry,

with every let’s do what you want.

So pricey, so worth it—us.

Al-Khansa was born in Arabia. She is also known by her full name: Tumadir bint Amr ibn al Harith ibn al Sharid.  Al-Khansa wrote this poem about her brother who died in a 'tribal battle before the coming of Islam'

Caleb Ward is currently a student at the University of Cincinnati in Ohio. There he is studying Business Management. Caleb enjoys the beauty of language and delights in writing during his spare time. 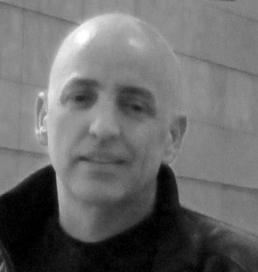 F.X.LaChapelle lives in Anchorage, Alaska. He holds degrees from Willamette University and Stanford University. His poems have appeared in the DMQ Review, Blue Skirt Productions, Silver Birch Press, Electric Cereal and he has been anthologized in Beyond the Pall. He can be found online at fxlachapelle.tumblr.com.

But the magical bones

of the children so hopefully

with the sting, well of course

they did snap and pop


as they were raped and tossed


oil, a sort of spoil of raid

as this was no war, and then again

as the dogs divided


what was left, which the women

in their finest spring day waiting

in turn each was taken

to silence.  In chorus they droned

for an end that would surely


come but only after

the well was dry, wild-

fire consumed, and the faint


Their men too beat


at the buzz of flight

so numerous in number


from the planes, and their lives

sex frothed in the sea

but it was not the birth


of any beauty or goddess, save

a cheaper crude, a saccharin

​Zuri Zephyrus has pursued her love of art and words since she was a little girl.Through her work, she expresses an appreciation for nature and fantasy.  Both her art and poetry have been featured in literary magazines such as Driftwood and the Promethean.

Zuri currently resides in New York, USA where she continues to study in the field of Fine Arts. 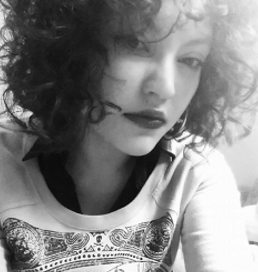 I am at the most elevated level.
This constant metamorphosis is doing away with me.
It’s quite a dilemma,
I must admit.
Soulful insubordination;
I stand so high.
The air is thinning out
as it wraps me in maybes.
I know it’s nothing but a self-defense mechanism:
heart running wild at the sight of the moon. 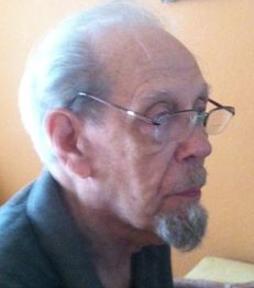 Hal O’Leary, having retired from a life in the theatre at age 84, has turned to writing.  Now, at age 90, he has been published in 18 countries.  Hal believes that it is only through the arts that one is afforded an occasional glimpse into the otherwise incomprehensible. For his contributions to the arts, he is a recent recipient of an Honorary Doctor of Humane Letters degree from West Liberty. University.

I’ll pledge to her a solemn fervent vow.
True love is gracefully a silken scarf.

A brilliant metaphor for love is this,
To close your eyes and see a silken scarf.

The cloth of love is loosely to be worn
And as accessory, a silken scarf.

To keep my love as what I first admired,
My love for her will be a silken scarf.

Maranda Russell is an award-winning artist, author, poet and blogger/vlogger who also has four published books available in ebook and paperback form. She has also had the honor of having her art and writing published in a wide variety of magazines, literary journals and anthologies. You can visit Maranda's website/blog, www.marandarussell.com

My personality
is a patchwork quilt.
I study others
when they aren't watching -
the gifted,
the artistic,
the emotional,
the exposed,
the stubborn
and the unstable types.

I pick bits and pieces
from each -
a playful smirk,
a rebellious glare,
a dash of blue
and the sharp edge
of a razor blade.
I throw them all together
and sift through the details
until it looks like me. 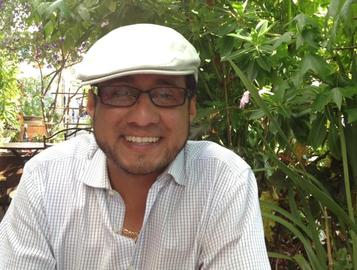 Julian J. Cobian is a Mexican/American poet who resides in London. He is currently completing his MFA at Kingston University.

I focus on a forehead.
Pause.
Eyes glance forward.

A smile follows like the first
gleam of a sunset on a veranda.

She stands like a
flower vase
beneath the shelves.

a stance in obscurity,
a nimble light that suffuses a rare tranquility,
a dark place that draws mysterious convictions.

In such a room,
I write where my ink is thinnest.
Discern

my window built for her,
my window shield,
my windowsill for reading.

A view; where
the pale white paper is powerless
to dispel the heavy darkness.


She is my invisible ink between the lines.

Neringa Pangonyte was awarded an MA in Creative Writing and Publishing at Kingston University in London in 2012.

​Neringa writes poetry and prose in both Lithuanian and English and currently working on a humour novel in English and philosophical literary novel in Lithuanian. She is a crafts, chess and ginger addict, but her greatest passion from all is reading. She currently lives in Lithuania. 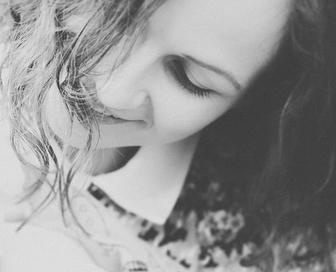 Worms  smashing into disappointed bodies   from    time to time.


“But that’s impossible” you would say.

Julia Rose Lewis is currently working towards her MFA at Kingston University in London, England.

She received her BA in Biology and Chemistry. Her poetry is often driven and inspired by her scientific training.

​She lives on Nantucket island and is a member of the Moors Poetry Collective of Nantucket.  Her poems have been published in Lemmon Hummus and Other Stories, Tips for Throwing a House Warming Party in a Small Space, Rasputin: A Poetry Thread, and Poetic Medicine.

On the dust road, they would go

serpentining through the potholes.

They circled the cul de sacs

practicing for a three-day event.

She thought she must stand up

over the speed bumps,

The backyard was too small for a paddock, but

she was too small to know.