A Little History of Poet Born in April 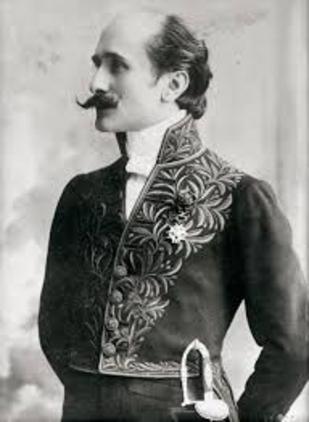 This month, Reward Publishing takes a spin on poet of the month, by featuring a historic player in the poetic field who was born in April. His name is Edmond Rostant. He was born on April 1, 1868 in Marseilles, France. At 22 years old, he married a woman named Rosemond Gerard; she was also a poet. As a wedding gift to her, his first book was a volume of poems.

Another interested fact about Rostant is that he volunteered to serve during World War 1, but he was not accepted into the unit. Therefore, instead he used his poetry to further patriotism.

Rostant achieved many infamous writing in his life, most known for his plays. However, it should be noted that outside of just being a writer, he achieved other great awards in his lifetime. He was honored with the "Grand Diploma" after being raised to Commander of the Legion to the French Academy. He was the youngest member when he joined at only age 33.

Reward Publishing celebrates that the life of poets is much more complex than just words. Words can be used in place of action at time. Just like Rostant used words as a gift, words as a means to play his part in the war, and words to ensure entertainment among the French in a time of need, so your words can be used as a gift to the world, as a means to play your part.

You can read his poem below "The Cathedral" translated into English. His beautiful outlook on the truth of the immortal beauty of true art.

All they did was make it a little more immortal
A work of art doesn’t cease to exist because it’s destroyed by a moron
Ask Phidias and ask Rodin
Whether seeing their work we don’t say “That’s it!”.

A fort dies when we dismantle it
But a ruined church is always beautiful
And, looking upwards, we recall how the roof looked
But prefer to see the sky rather than stones full of holes.

Let us give thanks to those who aimed their stupid cannon
Since the result of their action is shame on them
But for us the building has become a Parthenon.