You started out in consonance with the elements of the universe.
You’re at the summit!
You have learned to punch hard in all weather.
The fire in your words are so serious
that they flow faster than one pressed from the inside.
You’re bullet-proofed from deceptions of cynics,
Ideally immune from the ulterior motives of the EL-lite,
Totally free from exploitation.
Though seriousness in your words carries the waters of neutrality,
But is highly in flammable when faced with the fires of opposition.
You carry with you the gas of influence
That only the earth can recognize.
You’re a super-human;
And like the speed of light, your words are power,
And hit people’s sub-conscious magnets at unimaginable frequencies.

“Your abilities are magnanimous,” a friend told me.
“In them lies your creativity which can help humanity…”
“Food for thought,’’ I reasoned.

So for days, I fought.
With who? Myself.
Over what? My capability.
After three weeks of deep thinking and questions,
My capability stared at me.
So, I put its whispers in writing:

​​Though it took me a while to understand,

I now believe my capability. 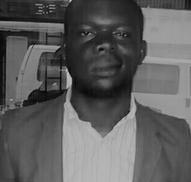 Ihekuna Chimezie Benedict, whose pen name is Mr. Ben, is a creative writer and poet, currently based in Lagos, Nigeria. In addition to writing poetry, Mr. Ben is an essayist and speaker who delights in reading, traveling and meeting new people. The reoccurring themes that appear in his work include relationships, inspiration, academia, science, and sexuality. Mr. Ben aims to spend his future impacting humanity in all spheres of life.​